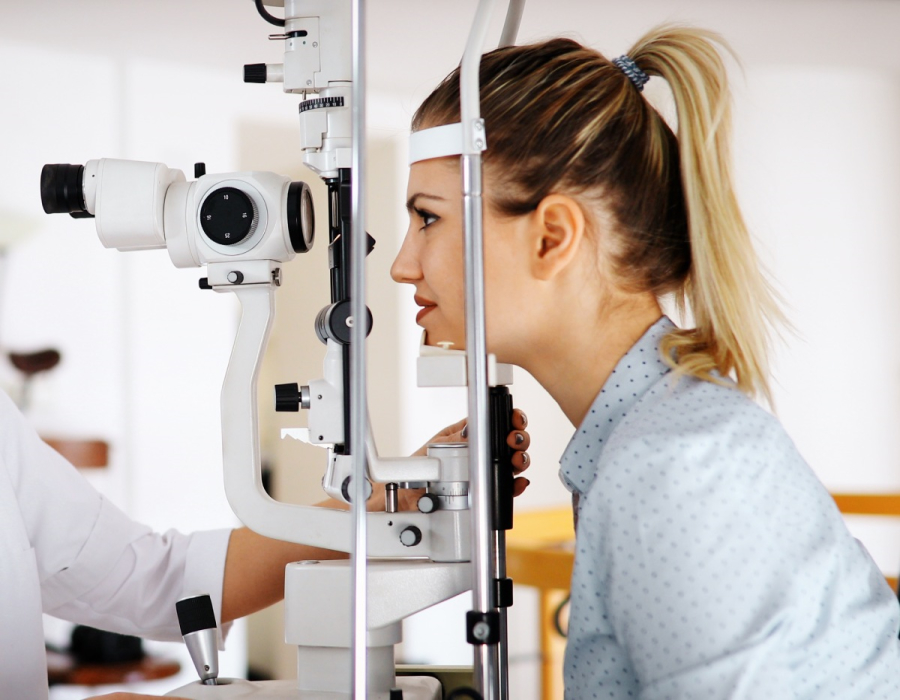 The vision defects are corrected by Computer Automated Laser devices by changing the shape of the cornea. The procedure is known as “Laser Operation”. Excimer laser is applied to the corneal tissue which is at the front part of the eye and the carbon bonds are broken; vaporizing the tissue and correcting the eye-sight. The cornea is “rasped '' with the correct amount of laser waves directed to the desired area so the refractivity is changed and the desired values are reached.

​“The Best Choice to Get Rid of Your Glasses & Contact Lenses”

The vision defects are corrected by Computer Automated Laser devices by changing the shape of the cornea. We can call this procedure shortly as “Laser Operation”.

Excimer laser is applied to the corneal tissue which is at the front part of the eye and the carbon binds are broken, vaporizing the tissue and correcting the eyesight. Cornea is “rasped” with the correct amount of laser waves directed to the desired area, so the refractivity is changed, and the desired values are reached.

Assessment Before the Excimer Laser Treatment

The diagnoses and pre-operative tests are really important before the treatment. After the diagnoses, the treatment is applied to the risk-free patients. Corneal topography will be mapped, the thickness of corneal will be measured and other disorders of the cornea will be detected. All those diagnoses are touch-free tests, performed by dedicated special devices

Who cannot get the Laser Treatment?

In situations and conditions which will prevent the cornea to regain its form again after the operation or if there are eye-related diseases; LASIK might be undesirable. The eye should be examined, and tests should be performed before the operation by the high-tech devices. Other than this, it is not recommended to have Lasik surgery if the patient is under the age of 18, pregnant or at the breastfeeding period, if the patient has cataract, keratitis, keratoconus, dry eye etc., diabetes or immune based systematic diseases

What can Excimer Laser solve?

Myopia: The corneal surface is probably very curved, or the eye is longer than usual. The image is reflected in front of the retinal layer so the patient cannot see the far.

Hypermetropia: The image is reflected behind the retina because the cornea is straighter, or the eye is shorter than normal. The patient more likely cannot see the close.

Astigmatism: Patients cannot see the close and far at the same time because the surface of the eye is curved like an egg.

Presbyopia: Elasticity of the ocular lens is decreased age relatively and the patients over 45 years old more likely have problems to see the close. By the result of natural aging the patients use reading glasses for the close sight and a second additional glass for the far.

PRK: It’s the first application method of the Excimer Laser. The thin- alive layer over the cornea called “epithelia” is scratched by the “spatula” and excimer laser is applied right after the corneal surface is epithelia free within a 9 mm Radius.

TPRK: This method is only applied with the Schwind Amaris Excimer Laser and the epithelia is not removed. The laser is applied directly on the cornea. The healing process is faster with this method.

Lasik: It is a special procedure developed for more satisfying results with a minimum pain level. This procedure has 4 main advantages:

1) Less pain than TPRK and the post-operative complaints disappear or gets minimum after the 2. day.

2) The vision is corrected faster. The patient sees totally clear in 3-5 days.

4) Can be applied on myopia patients with the eye number up to 10.

MAIN STEPS WITH THE LASIK METHOD

2) Application of the Excimer Laser

1. STEP: By the Lasik method, before the laser is applied, the surgeon makes a thin and round incision, and this layer (corneal flap) is folded backwards carefully. The important point here is how the flap folding folded. To perform this procedure a knife called “microkeratome” is used.

2. STEP: Laser is applied after the corneal flap is taken under protection. Afterwards the flap is moved to its own position and operation is terminated.

By the Excimer Laser method, needles or narcosis - alike anaesthetics are not used but topical anaesthesia with eye - drops are applied.
Excimer Laser process and the flap folding process takes only around 1-2 minutes. Thanks to the new laser technology, it takes less than a minute. However, with the preparation of the eye for the surgery and other preparations it takes around 5 minutes per eye.
The patient is able to communicate with the doctor during the surgery.
During the operation, the patient needs to stay calm, relaxed but stable. However, thanks to the modern technology of the Excimer Laser devices, the eye-position is followed and even if the eye is moved, the laser will be applied perfectly, and the necessary amount of laser lights will be directed to the area.

Femto - Lasik method is one of the newest developments in the field of refractive surgery. Corneal incision is performed neatly without any mechanical intervention and any blades used with a fully computer automated system

With Femto Lasik there is the chance to apply the laser to the patients with a thin layer of cornea thanks to the new technology of Femto Laser.
It is possible to make a very thin cut of the flap with the Femto Laser. So, the patients with high eye numbers (such as 10.00 myopia) can also be treated.
After the flap is cut with Femtolaser and Excimer Laser is applied, it fits better to its own position.
It is painless and more comfortable to create the flap with the femtolaser on cornea.
Wavefront (Eagle-eye) Technology

In addition to myopia, hypermetropia or astigmatism some eyes have the disorder called Aberration related to the irregular islets on the corneal layer. Aberrations creates incapability of night vision and decrease in sharpness.

These irregularity on the islets are also corrected additionally to the myopia, hypermetropia or astigmatism after a very detailed eye-topography with this technology also commonly known as “Eagle Eye”. The patient gains a perfect night vision and sharpness; better than the one with glasses.

At Which Ages Can I Get a Laser Treatment?

Will my Eye-Numbers Relapse After the Excimer Laser?

At the first times when the Excimer Laser was very new, this problem was encountered. However, is no more observed especially in Lasik Method other than the exceptions.

Is It Possible to Have Cataract Surgery if I Already Had Excimer Laser Before?

Will the Eye Numbers Relapse? Can I Have a 2nd Operation?

It is important that the patient is over 18 years old, and the numbers have not changed more than 0.25 in the last year. The numbers are less likely to relapse thanks to new technology of Lasik however some of the vision defects which stopped at the age of 18 might relapse after a while. It is possible to have a 2nd Operation 6 months later if there is a significant change in the numbers or desired vision is not obtained

Is the Operation Risky?

The risk occurs mostly in the stage of lifting the flap by the blade which is less than %1 from the hands of an experienced surgeon. By Femto-Lasik device the risk is less than that. This risks never create irreversible situations and losing the eye or becoming totally blind is not even a matter of discussion