• SLEEP DISORDERS AND SNORING DURING SLEEP 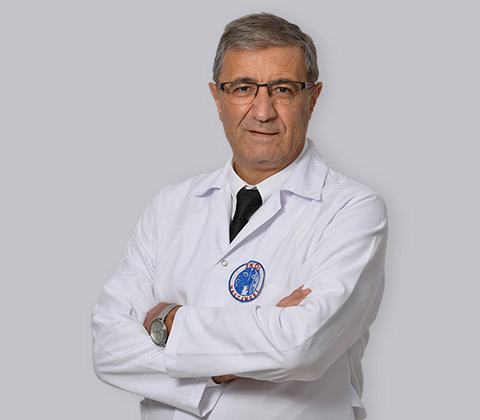 In 1980, he completed his medical studies at the University of Hacettepe. He did his training at the ENT Medical Training Centre of Ankara Numune Education and Research Hospital where he worked as a clinical assistant between 2000 and 2012. He became a lecturer in 2000 and a professor in 2011. Professor Adnan Ünal was an observer at the Methodist Hospital in Houston in 1995. He participated in Cocle Implantation in Switzerland and Belgium in 2009. He has published over 150 articles in Germany and about 35 articles in other countries. Professor Dr. Adnan Ünal speaks English. He is specialized in Head and Neck cancer surgery, thyroid surgery, ENT and cochlear implant surgery, endoscopic sinus surgery, thermo-welding with adenoid and tonsil surgery, voice disorders treatment, aesthetic nose in surgery, and snoring surgery. Prof. Dr. Adnan Ünal is married and has 2 children.
Prof. Dr. Erdoğan İnal 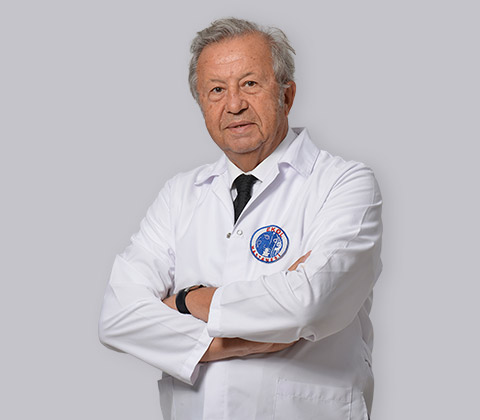 Graduated from Hacettepe Medical Faculty in 1969, Dr. İnal specialized in ENT in Ankara Medical Faculty between 1970 -1973. After his military service, he worked intensely on Head and Neck Cancers in Ankara Oncology Hospital for nine years. In 1984, he continued his career as a lecturer at Gazi University Faculty of Medicine, Department of ENT and then as a Faculty Member working on academic studies for 30 years. He was the Head of the Department of this clinic for 9 years. During that period, he had been in Japan, England, France, the Netherlands and the United States for different times and worked in cancer treatment centres. Throughout the same period, he made around 160 domestic and 25 international broadcasts. He has been the chairman and speaker of numerous sessions in national congresses. 350 internal citations and readings were made to those internal and external broadcasts. Today, he is a member of the Turkish ENT Association and ENT and Head and Neck Surgery Associations. Professor Dr. Erdogan İnal is married and has 2 children. He is fluent in English. Domain Knowledge: Ear, nose, and throat diseases, especially in Tonsil and Adenoid diseases; Children Ear, nose, throat diseases & surgeries; Intranasal surgery; Septum surgery; Nasal turbinate surgery; Reduction of the turbinate by radiofrequency; Radiofrequency applications for allergic flu; Sinus tumours surgery; Approach to nasal area tumours; Snoring treatment with radiofrequency applications and soft palate surgery; Intraoral tongue and jaw tumours surgical approaches; Surgical and laser treatment of larynx (larynx) diseases vocal cord polyps; All kinds of surgeries regarding laryngeal cancers, partial or full laryngeal operations, chemotherapy radiotherapy and combined use of surgery separately or complementary to each other in the treatment of throat cancers; Approach to tumours on the neck area, surgical radiotherapy, and chemotherapy applications; Neck area upper oesophagus surgery.
Assoc. Prof. Dr. Çağlar Çallı 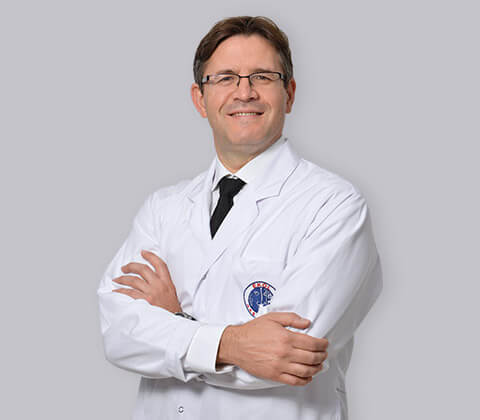 Associate Prof. Çağlar ÇALLI graduated from Izmir Atatürk High School. He is a graduate of Ege University Faculty of Medicine. He was granted Thyroid Surgery and Diseases Scholarship from the Turkish Ear Nose Throat Association in 2009. With this scholarship, he studied Head-neck tumours and thyroid surgery at Ohio State University in the USA. After being granted the Turkish Ear Nose Throat Foundation Scholarship in 2011, he studied facial plastic surgery, snoring surgery, and endoscopic sinus surgery at New York St. Lukes-Roosevelt Hospital in the USA. He became an Associate Professor in 2012. He has conducted oral presentations abroad, and published book chapters and more than 80 articles in international and national journals. Associate Professor Dr. Çağlar ÇALLI’s surgical research interests include Head-Neck tumours, Goiter and Thyroid surgery, Rhinoplasty and Endoscopic sinus surgery, ear microsurgery, and otosclerosis operations.
Assoc. Prof. Dr. Ender Şahin 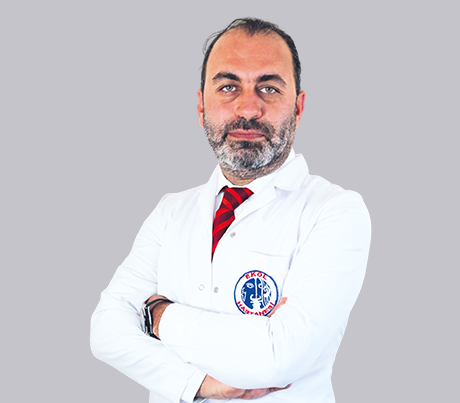 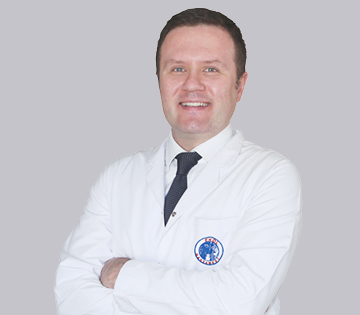 Ear, nose and throat specialist. He graduated from the Faculty of Medicine at Dokuz Eylül University in 2008. In 2013, he completed his specialist training at İzmir Tepecik Research and Educational Hospital. He is a member of the Turkish ENT Association, the Turkish Rhinology Association, and the Society of Facial Plastic Surgery. He has also given oral presentations and published articles in national and international journals. Areas of Interest: Tonsil and adenoid surgery, nasal polyp and nasal bone surgery, rhinoplasty (aesthetic nasal surgery), otoplasty (flapped ear surgery), endoscopic otorhinolaryngology, endoscopic middle ear surgery, endoscopic sinus surgery, endoscopic DSR surgery (lacrimal sac surgery) and surgery for snoring, voice surgery, larynx cancer surgery. Op. Dr. Onur Gündoğan is married and has one daughter. He is fluent in English.
Opr. Dr. Ahmet Selçuk Halıcıoğlu 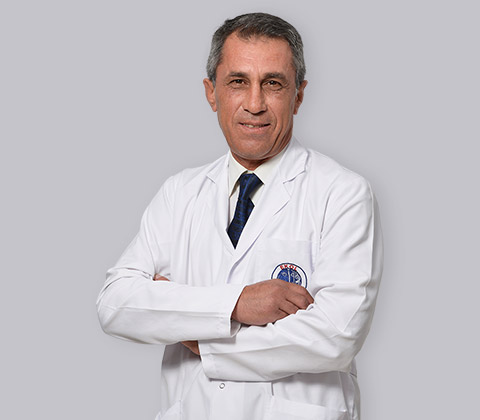 He was born in 1965. He graduated from İzmir Atatürk Highschool in 1982 and from Dokuz Eylül University Faculty of Medicine in 1989. He completed his specialization in İzmir Atatürk Research Hospital in 1996. He is a member of TKBB (Turkish Society of ENT), Turkish Society of Rhinology & Facial Plastic. He had various studies in Turkey and abroad. His special areas of interest are Rhinoplasty, Tonsillectomy and Adenoids, Conchae and Nasal Septum operations, Endoscopic Sinusitis Surgeries, Sleep Apnea surgery, ear surgeries, vocal cord surgeries. He speaks English well and is married with 2 children.
Opr. Dr. Murat Uygur 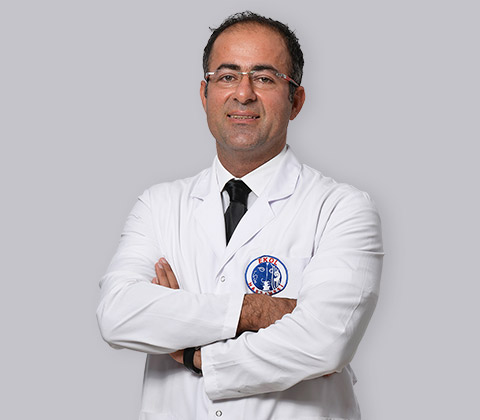 He graduated from Hacettepe University Faculty of Medicine (English). He worked at Ege University Faculty of Medicine – Department of ENT Inner Ear & Balance Disorders for 5 years. Ear Microsurgery and Aesthetic Nose Operations are his special areas of interest. He has successful studies in these areas. His areas of interest are also Radio Frequency Non-Bleeding Tonsillectomy and Adenoids, Snoring & Sleep Apnea operations. He is a member of ESRS (European Sleep Research Society), NSS (National Sleep Society), and TUTD (Sleep Society of Turkey). He speaks English and married with two children.
Opr. Dr. Baran Aydemir 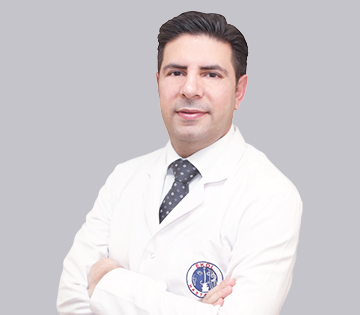 He graduated from the Faculty of Medicine at Ankara University in 1999. In 2004, he completed his specialty training in Faculty of Medicine at Ege University, at the Otolaryngology Department. He is a member of European Society of Facial Plastic Surgery, Turkish ENT. Association, Turkish Rhinology Society and Facial Plastic Surgery Association. He has also given verbal presentations and published many articles in national and international journals.  His Areas of Interest: Rhinoplasty, Endoscopic eardrum surgery, Endoscopic middle ear surgery, Microscopic middle ear surgery, Parotid surgery, Tonsil and adenoid surgery, nose, and nasal bone surgery, Otoplasty. His research fields include endoscopic DSR (tear surgery), soft palate and surgery for snoring, vocal cord surgery, laryngeal cancer surgery. He is married and the father of two children. Dr. Baran Aydemir speaks English and German fluently.
Opr. Dr. Utku Kubilay 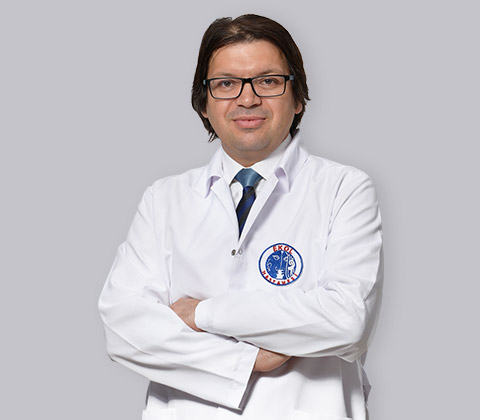 He was born in Bolu - Göynük in 1974. He completed his secondary and high school education in Istanbul Kadıköy Anatolian High School. He started his medical education at Marmara University, Faculty of Medicine (in English language) in 1992.  He graduated from Faculty of Medicine in June 1999 and was granted the title of Consultant Otorhinolaryngologist after completing his specialization in the field of Otorhinolaryngology at Kartal Training and Research Hospital, department of Otorhinolaryngology Clinic in 2003. He worked on sinuses from cadavers at Marmara University, Anatomy Clinic. He attended many cadaver courses in Izmir and Ankara. He served as a clinical observer along with Dr. Shah and Dr. Shaha at U.S. New York Memorial Sloan Kattering Hospital, which is rated as one of the world's top head and neck surgery clinics, for a period of 6 months in 2005. He attended Erlangen/Germany Facial Plastic Surgery Workshop and Practical Cadaver Course, Bern/ Switzerland Facial Plastic Surgery Workshop and Practical Cadaver Course, Zagreb Endoscopic Sinus Surgery Practical Cadaver Course. He kept abreast of current developments in his occupation and attended a number of facial plastic surgery congresses held in Malta, the Netherlands, the USA (Chicago and Miami) and given oral presentations in the field of facial plastic surgery in Nice-France congress. He completed his practical training in the field of sleep disorders, one of his special interests, and received the certificate of Sleep Medicine and established sleep laboratories in the hospitals where he served as the responsible staff. He has ongoing studies in the fields of snoring, sleep apnea and mask treatment. He was granted the title "Member of Turkish Otorhinolaryngology Competence Board" by succeeding in the Otorhinolaryngology Competence Exam in 2007. He also earned the Certificate of European Otorhinolaryngology Competence by being successful in the exam held by the European ORL Board (European Board Examination in Otorhinolaryngology) in 2013. (Fellow of the European Board of ORL-HNS). He gave lectures on Otorhinolaryngology for the students of Yeditepe Faculty of Medicine. He has performed as many as 16000 operations and over 1500 aesthetic nose operations up to today. He has about 30 printed articles that have been published in domestic and foreign literature. He is a member of European Facial Association, Fellow of the European Board of ORL, Turkish Sleep Medicine Society, U.S. Head and Neck Surgery Association, Turkish Otorhinolaryngology Association, Facial Plastic Surgery Association and Turkish Medical Association. His interests are tonsillectomy, adenoidectomy and ear ventilation tube insertion surgeries with the method of Thermal Welding, concha bullosa (deviation) surgery, closed and open technical rhinoplasty (aesthetic and functional nose surgery), otoplasty prominent ears plastic surgery, ear microsurgery (Tympanoplasty surgery and hearing reconstruction surgical operations), endoscopic sinus surgery, endoscopic DSR (lacrimal sac surgery), soft palate, sleep apnea and snoring, radiofrequency surgery, soft palate implantation, vocal cord polyp and nodule microsurgery operations and  salivary gland disease surgeries. Surgeon Dr. Utku Kubilay speaks English very well and is married and has two children.
Opr. Dr. Aynur Aliyeva 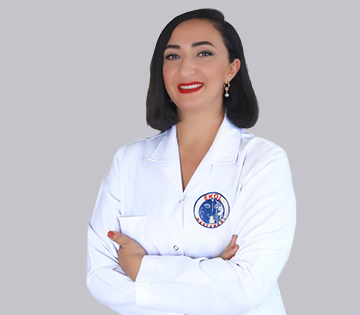 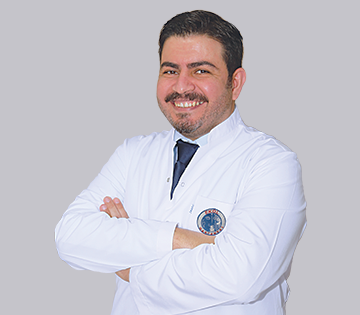 He was born in 1969. He graduated from Ege University Faculty of Medicine in 1987 and completed his specialization in Trakya University Faculty of Medicine, Department of ENT. He is an active member of TKBB (Turkish Society of ENT) and Society of Facial Plastics. His areas of interest are adenoid & tonsil surgeries, conchae and nasal septum surgeries, rhinoplasty, velum, sleep apnea & snore surgery. Dr. Ayhan Yıldırım is married with 2 children.
Opr. Dr. Baha Sezgin 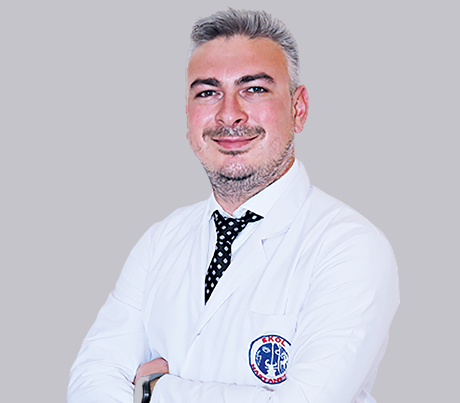 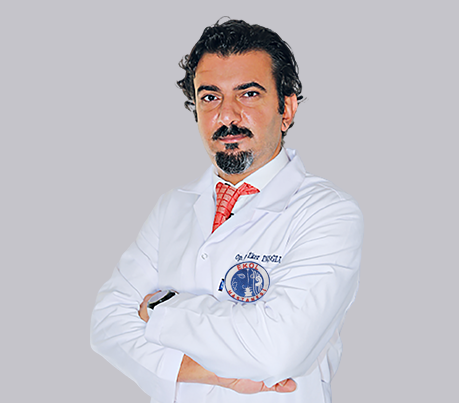